It’s really quite amazing when you look at – four days on from UK GovCamp 2011 and people are still using the passion and drive they gained from the event to generate and share content online. 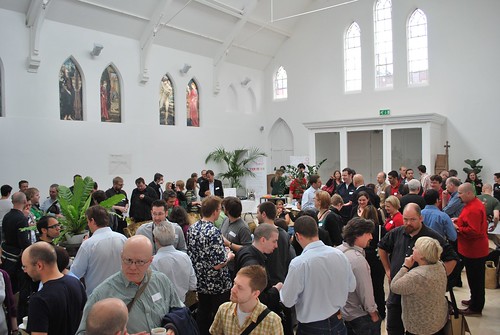 The hash tag is still going strong and new blog posts crop up all the time. People are still having conversations online, sharing their enjoyment of the event but also collaborating and working on ideas. Not only that but they’re talking about how to share this stuff with other people in their organisations who aren’t so digitally connected.

One of the things on my mind while virtually attending was that I hoped it might lead to another big localgovcamp being organised and so when I was delighted to see Dave Briggs mute the idea. It quickly led to a group being set up for people to display an interest and discuss what shape the day should take. Amazing.

But what is a localgovcamp?

Well, it’s an unconference for local government. The first one was held in Birmingham in June 2009 where a group of people interested in how digital can improve council service delivery and be used by communities gave up a Saturday to discuss it all. Not only discuss it but take as much practical action as was in their power.

I went along on a bit of a whim having seen people I admired and was learning lots from discuss it on Twitter. It was one of the best decisions I’ve ever made and that day changed my professional life for the better (and allowed me to meet loads of people I now call friends in person). Louise Kidney wrote an excellent post on why GovCamp is so brilliant and I couldn’t have expressed it any better.

Get yourself registered and join the BigLocalGovCamp group and I hope to see lots of you in the summer.