Here we are again, another turn around the sun and time for reflection, resolution and (for me) a sigh of relief as the last of the ‘end of year’ lists are finally coded and released.

Last year I restarted my practice of blogging a brief reflection of my year and I’ve just spent a nice half hour reviewing where I was on 1 January 2016. The previous year had been one of opportunity and this has been one of fruition. Despite the world at large seeming to head in very frightening directions my personal world has been overwhelmingly full of possibilities, so I’d have to say 2016 has been a good one if difficult at times.

But then it’s not surprising that’s the reflection when this was the year I completely changed my life. When I wrote my looking back and looking forward posts at the very start of the year I already knew what was in store; that I would be leaving my job in local government to become self-employed, and that reckless yes was no longer just a phrase to live by but my part of my new livelihood.

The intentions I had for this year included: 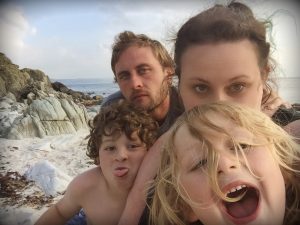 There were a few intentions which got waylaid – so Gneiss Gneiss remains in mothballs but still an enticing possibility, my travel did not extend much further than Scotland but I’ve had some awesome weekends at festivals and in cities with the Reckless Yes family, and The Winter Passing (my novel) is still awaiting its call to the stage. But no matter – because where would be the fun in having all the adventures at the same time?

And I had one big unexpected adventure in becoming a record label. As Reckless Yes we suddenly found ourselves putting out actual records on actual slabs of (beautifully coloured) vinyl. We’ve done three actually. The first one sold out. The other two aren’t far behind. Our next one is due in February. It is thrilling. Even better – me and Pete haven’t fallen out yet. Win.

I’ve also made some amazing friends this year, and been lucky to speak to some of my favourite musicians (including on stage at Kendal Calling). I’ve challenged myself and often found reward in stepping way beyond my comfort zone.

And I’ve become rather fond of wearing a crown. 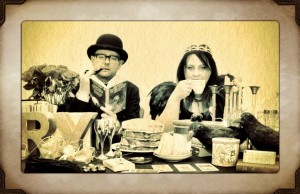 I’ve seen this quote across Facebook tonight and it seems like a good, fitting, one – because when times are bad you want the hope of better and even when times are good, you want those good times to be never-ending.

“Hope smiles from the threshold of the year to come, whispering, ‘It will be happier.”
Alfred Lord Tennyson

Now…let’s set some intentions and say hello to 2017…

You can find me on Twitter – please come and chat!

I’m a freelance digital content strategist and journalist. More about me and how to get in touch about working together here.

I am editor of Louder Than War – find my words about music on the site here. We have launched as a magazine and you can find us in WHSmiths or order online here. I also write for Sounds Magazine.

I offer music PR, live promotion and digital communications at Noble and Wild – our website,on Twitter and on Facebook.

I also write fiction under the name Riley Reynolds – find out more about my books or chat to me on Twitter.