In the last week I’ve been thinking a lot about Circularity and the circular economy. I’ve been thinking about it broadly, as applied to products and industrialisation and diminishing resources, but really only so I could bring it back and apply it to an area I have my focus on right now: music.

It all stems from a conversation with Chris Baldwin, teacher and songwriter / guitarist in both Riding The Low and Star From Ivy.  In this latter band he’s been working on an album called Circularity, released earlier this year. Although to refer to Circularity as an album, is to show you only one facet of this intriguing work.

For Circularity is a collection of songs, alt-rock songs if we want to get a little more specific. There are tinges of Guided by Voices, bivouac, and Husker Du. And it is a concept album in a way more conceptual way than we usually apply the phrase! For Circularity is an album comprised of more than only music.

Described as: “Circularity is a thematic and conceptual rock album project by Star From Ivy encompassing 21st Century learning and humanitarian ideas” each track is accompanied by a set of learning resources themed around the subjects covered in the songs. So in ‘Sounds Like Crows’ you have a set of resources around life, death, and grief; Proud is paired with resources on mindfulness and meditation, creativity and innovation; while A Reason covers learning about the universe, planets, and the night sky. To say this concept, this project, is huge is somewhat of an understatement. And that’s before I tell you this is all open source and you can take it and re-use and re-make from the raw musical components.

While that sinks in let’s backtrack a little and cover off what the broader definition of a circular economy is. 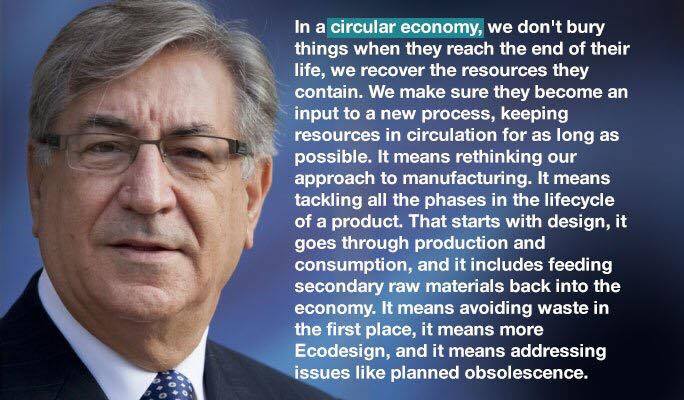 So what would that mean in music?

Well, Star From Ivy has started to look at that by making their music open source. You can download instrumental versions direct from the website on which the album and resources sit, and can then tinker and add your own or new vocals. But you can also get the stems and completely change the music, make it into something completely different. Re-use, re-make.

In essence this allows for the possibility of avoiding the creative obsolescence built into music – if you make a track and you’re lucky people will keep listening to it, giving you consumable lifespan. But because of the way we create, and assign ownership (and commercialise music) there is little creative life left in a piece once the artist has completed their original work (broadly, not always, of course).

Thinking about circular and linear models got me thinking about how much music (and therefore culture) is locked away in archives, degrading over time to eventually to be lost. Not re-used, not re-made, not even catalogued as a document of society and culture. It’s an idea I’ve returned to a few times over the years since reading a post by Andrew Dubber back in 2013.

He set out the somewhat shocking and sad idea that in his conservative estimate 95% of recorded music being inaccessible and degrading in private archives and record company vaults (read his post on Deleting Music here). He proposes a project of some kind to crowdsource the cataloguing of both the good and bad music stored this way, making no judgement of taste but focusing on preserving for future generations. This is itself is a problem and project well worth returning to and trying to solve.

But it also opens up a possibility – an idealistic and unavailable one for now – of not just cataloguing but a parallel project where this music could be recycled as well as catalogued. Where creative work is given ongoing and new life rather than the long dusty death of the archive. Both the circular and cataloguing possibilities fascinate me.

For now start with Star From Ivy. Listen to the album, delve into the resources (teachers and arts co-ordinators may want to think about how to use in the curriculum), hack the music via the stems (in line with the Creative Commons licence) and feedback to the band on the work you’ve created. You can find Star From Ivy’s Circularity here including learning resources and stems.

And then think broader again, take this out from music and back to any aspect of life you like. Isn’t a circular economy, a growth mindset excited by the possibilities of it, something we could all spend more time exploring in our own areas of focus?

I’m rubbish at approving and replying to comment on here but do leave one, or come and find me on Twitter.

You can read my music journalism on Louder Than War here or find my portfolio here. You can hear me on the radio every Tuesday night where I exec produce and provide a Recommended Track of the Week on The Rumble with Pete Darrington – Tuesdays 8pm on Radio Andra.

I am co-founder of Reckless Yes, an author and music PR. I’m available for freelance work in digital content strategy, music journalism and for music PR contracts – get in touch.