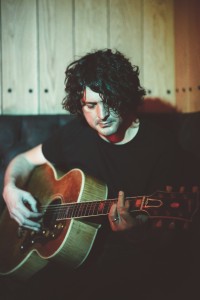 Noble and Wild, my music promotion and PR identity (and aspiring record label), has been a little quiet for a while but I made a very exciting announcement from it yesterday.

After working with him on a couple of Noble and Wild promoted shows in Derby and covering him for Louder Than War several times I’m really happy to announce that I’ll be working with Chris Helme on his digital PR.

It’s been a pleasure to get to know Chris through show promotion and interviews and I couldn’t be more excited about working with him during an exciting time in his career.

Chris is a singer songwriter currently recording and touring as a solo artist. His 2012 album The Rookery was critically acclaimed for the layered and intricate indie-folk and he has a new album due later this year.

Casting your mind back you might recognise him from his time as frontman in britpop band The Seahorses, the group formed by John Squire post-Stone Roses (and obviously pre-Stone Roses reformation). Chris has also recorded with The Yards and runs an open mic night, Ruby Tuesdays, every week in his hometown of York.

If you haven’t already I strongly recommend you get your ears around The Rookery and get yourself along to a show.