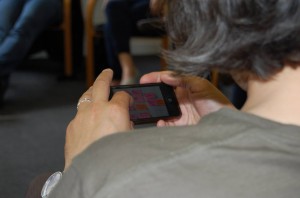 “Okay, so, Catherine Howe and I would like to do a session that follows on from something we’ve been talking about recently, roughly that social media is not the whole of digital…and nor is comms.”

And so went my pitch at LocalGovCamp 2014. I was near the back of the queue and I’m not sure I summarised what the session was about overly well, partly because I was still trying to define it myself.

That meant that when the session came around there was a small group gathered to find out more in a session that Catherine Howe* and I had hoped would be a continuation of an open conversation that had begun online, fleetingly surfaced at the recent LG Comms Academy and seemed a good fit for LocalGovCamp.

The starting point was really a set of tweets a few weeks back which left me feeling I needed to assert that ‘while all comms should be digital, digital is more than just comms’. And I’m not just talking about integrated campaigns here.

Catherine and I had separately begun to notice that ‘digital’ was becoming synonymous with ‘communications’ and that this was limiting the potential for technologies to enable social change, innovation and democracy. I posed the theory that as communications professionals include more digital communications in their daily work and become adept with the tools to do so they become blinkered to other lanes of digital running parallel to them (and that’s no disrespect to comms colleagues who are doing great work). Catherine asked whether normalising social media and digital into the profession of communications was in fact damaging the wider potential.

This led to a lively discussion on whether we needed an common understanding of ‘digital’ and the recognition that everyone was broadly talking about the same thing but looking at it through a different lens and therefore at cross-purposes much of the time. This fitted with an exercise Carl Haggerty did at a recent workshop in Nottinghamshire where he asked attendees to complete the sentence ‘Digital is…’. The range of answers was really interesting – some people said culture, some people said technology, some said it was about services, some said it was about doing things better. And the best thing is that these are all right, but given that you need to have an awareness of the range of views as well as the one that makes most sense to you.

In his blog following on from this session Phil Jewitt asked whether this debate around ‘digital’ was in itself holding us back from actually progressing things. It’s a great post and a pertinent question so go and have a read (but come back, deal?)

Conversation then followed taking up one of the ‘digital is’ suggestions of it being about connections or networks. Cathering talked about ‘starburst networks’ – where the person or organisation at the centre is connected to lots of others but they aren’t connected to each other – and a connected network – where the person at the centre is connected to lots of others and those are all well connected to each other. I likened this to the current and emerging models of local government with a council as provider with connections to lots of individual service users and the council as commissioner with connections to lots of individuals or other groups and a need to help them connect to each other to strengthen the community. I asked how we helped an organisation move from starburst to connected community. A strand that needs more thought I think.

The last part of the session was Catherine trying out her theory of the Seven Tribes of Digital. I won’t steal her thunder by going through it here but it certainly seemed to fit with my own musings on how many different areas, views, professions and types of people make up the whole of digital. I still remain convinced that comms is just one track within the wider field and the while upskilling professionals running that line should look up and around for a perspective on what else is happening, what else is possible.

I ended the session by lobbing a thought grenade, something I like to do to hear a collective intake of breath but also keep cogs turning. I suggested another conversation for another day would be discussion around: ‘is councils being forced toward transactional digital services at the expense of their online relationship with the community and how damaging could this be?’

I’ve already written it on a post-it and am ready to go – I just need an unconference to pitch it at.

* I love talking to Catherine. A brilliant mind, full of passion and talent to actually make some of these big leaps forward for networks and digital in society. She has that rare gift of never making you feel inferior in the presence of her immense talent and intellect for which I am grateful.

There are loads of blog posts, tools, resources and videos from LocalGovCamp, the hack event and the Leaders’ Summit which I’ve handily gathered together in one place on the LocalGov Digital website. You can find them on the LocalGovCamp and Fringe 2014 page.

I’d love to hear your thoughts on this so leave me a comment below or come and chat on Twitter.

Thanks to Suraj Kika for the image, from a set he took of the whole day at LocalGovCamp.