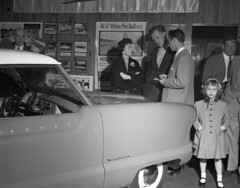 A little bit out of the ordinary for this blog as I don’t tend to review or reflect on commercial websites very often. However, there were a couple of things that struck me about a car dealer’s website I was looking at today.

Now it is worth mentioning that there is a whole load of stuff I want to say about my experience with this particular dealership but none of it is relevant to online communications. I also don’t think I can say any of it without disintegrating into a stream of swear words and curses so better to just stick to the point. Their eCommerce site.

I had plenty of time to appraise the website given that the Internet connection seemed to be made on a dial-up modem which would have been old hat in 1996. It had a basic search function and seemed to have Google maps so you could see where the dealership with the car you were interested in was located.

It’s the listings that fascinated me though. The search results returned lists of cars with a picture, basic model details and price. Most of the space on the listing was given to the address of the dealership holding the car. You could click through on a More Details link (nice accessibility fail there) then use tabs to see information on such baffling-to-me subjects such as performance and specifications.

It wasn’t brilliant and there were a few things I would have balked at in terms of accessibility and usability but go on, it just about works. So we pick one that looks interesting and happens to be at the dealership in which we are sat. So off the salesperson toddles only to return and reveal that the actual car is not as listed on the website (it’s a three door rather than a five door). And he doesn’t know how many other details on how many other cars are wrong.

Now call me picky but for a commercial operation who are using their website as an eCommerce solution wouldn’t having the right product information listed be fairly high on the ‘must-have’ list? No? Ok…

I can’t say it surprised me about this particular group given that us looking at cars on their website with them was a truce at the end of a lot of ‘assertions’ from both sides. But it sort of got me thinking generally…how many other commercial outfits still give so little care to their online content? What would happen if local gov information was so slap-dash? Is local gov online info as slap-dash and I am just blind to it???

It just fascinated and amazed me. But then so much about my dealings with them has.

2 thoughts on “A view of the other side”