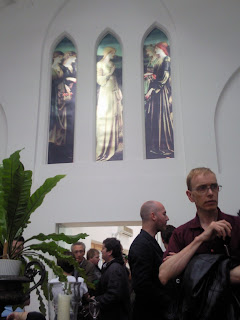 Yesterday was LocalGovCamp – an unconference for local government – organised by the wonderful Dave Briggs at Fazeley Studios in Birmingham.
To be honest I had so much fun and met so many great, passionate and inspiring people; had so many great discussions; that my head is still reeling but I’m going to try and sum up what came out of the day for me.

Top five: things in my head about LocalGovCamp:

So, there are the top five things in my head at the moment and beneath these are a thousand little thoughts which came out of the sessions I attended yesterday – @timdavies session on overcoming the small hurdles to social media in organisations (his notes are here and my notes are here); @paul_cole’s session on listening to the conversation happening about your organisation whether you’re involved or not (my notes on this session are here) and @carlhaggerty’s session on the internal network pilot he’s part of (some very rough notes here by me).
I hope people found the impromptu (and definitely unexpected) session that @liz_azyan and I did on academic research into local government social media useful. I hope to speak to all of the people who came along (and more) as part of my thesis research (begins January 2010). I’ll try and write up notes from what we talked about in this session as soon as I can.

There are some videos by David Wilcox and photos from the day on Flickr and once again, thank you Dave for organising and thanks to the sponsors also. Really great to meet you all 🙂

Updated (22 June 2009): I was also interviewed by @podnosh about our use of social media in the recent election. You can see the video and post on the podnosh blog.
And there is a round up of all the stuff being said online at the LocalGovCamp blog.